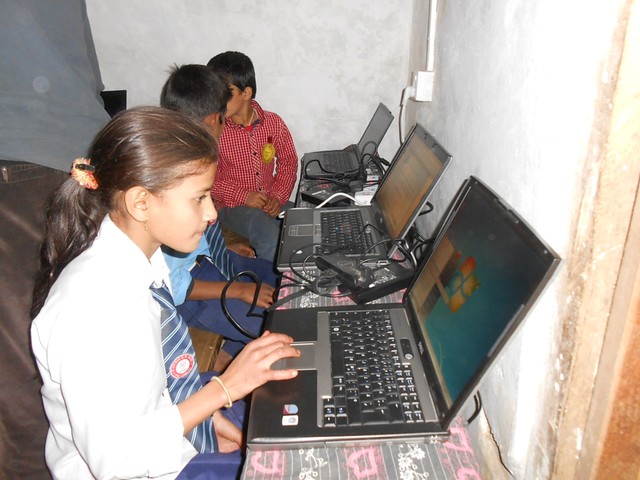 Sri Bani Bilas Secondary School (BBSS) was established in 1948, an era when there were few schools across Nepal and little official support for education. BBSS was initially supported entirely by the community (through grain donations) until it became a government-approved primary school in 1956 and the government began covering the cost of a teachers’ salary.

With increasing community awareness of the need for education, a legion of efforts were made to upgrade the classes and manage the physical facilities. It was upgraded as the lower secondary school in 1986 and as a full secondary school in 1989. To bring the school to this stage since its establishment, the community has contributed cash, materials, and labor to construct buildings, manage other physical facilities, and pay additional teachers. In return of the cost paid by the community, now BBSS has been a renowned community high school in Sankhuwasava District.

Currently BBSS has two school buildings and a playground. It runs classes from grade 1 to 10 where 645 students have been studying in these classes. There are 16 teachers and 2 staff in the school. A management committee comprised of 11 people formed by the representatives of the community manages the school and the District Education Office is responsible for supervision.

GBW Gruppe in Munich, Germany was looking for a place to donate old business laptops that were still functional and where they would be put to good use. We shared the situation at Bani Bilas, and GBW organized donation and shipment of 10 computers for the school, plus some school supplies and sports equipment for the students. BBSS is now able to hold proper computer classes, and students are excited to have time on the computers to learn!! 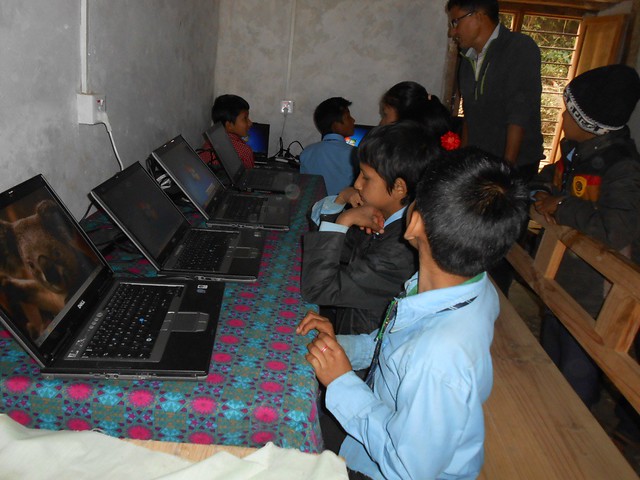 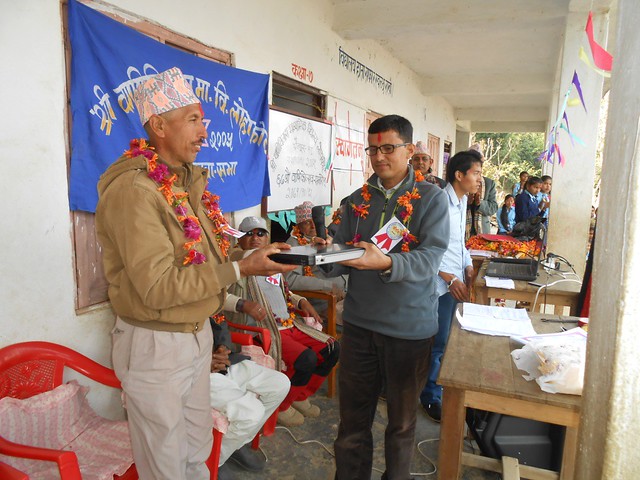